Hagley had only joined the competition in 2020, and with a relatively young team could have viewed the season as a success just logging a winning record. Instead they upset Villa Maria in the semi-final, booking a date with the class of the competition – Kaiapoi High School.

The younger Hagley team came out firing against Kaiapoi, holding off the #1 seed 16-13 in the first quarter. A couple of minutes into the second quarter though, the defensive screws started turning, with Kaiapoi grabbing 14 steals in the period. 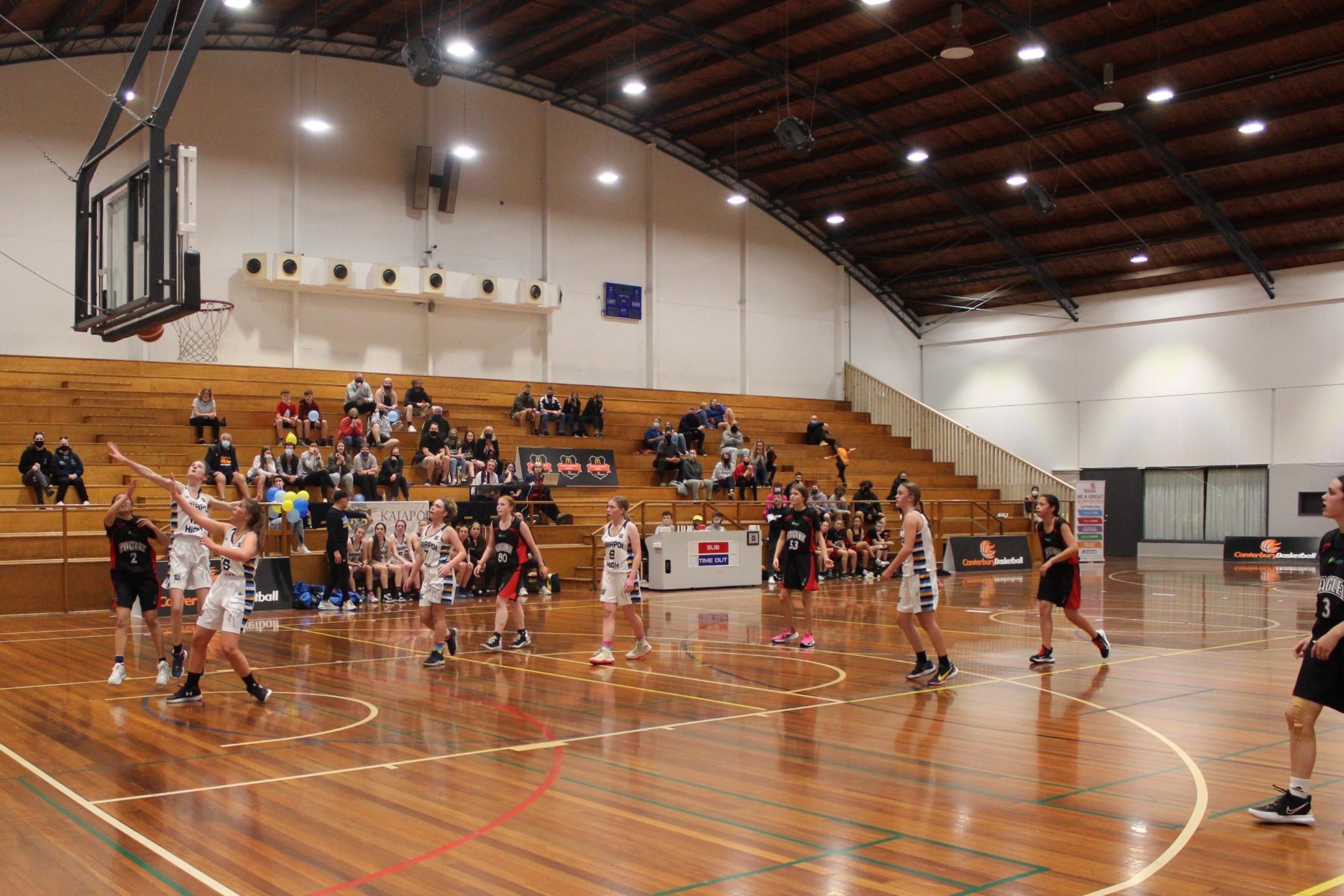 Hagley College never gave up, but was unable to solve the problem of pressure, as Kaiapoi High winning 78-65.

Aaliyah Newton finishing with a rare double-double (17 points, 10 steals) was named as the Finals MVP for her stellar defensive efforts.

Kaiapoi had knocked off the #1 seeded Cathedral College to book their ticket in the Grand Final, and now faced the #2 seed Riccarton High. A dog-fight was on the cards here, with each team trading haymakers throughout. Riccarton was able to have the lead for most of the first half, but it was Kaiapoi’s 12-0 run that saw them edge ahead with a three-point lead at the half.

In the second half, Riccarton righted most of the issues as the steadily rebuilt their lead, going up by eight on two separate occasions in the fourth quarter. With just over six minutes remaining, Kaiapoi’s coach Edward Kwon sensed the game beginning to slip away, so called timeout. The next five minutes went perfectly for the blue and gold – drawing even with 90 seconds remaining.

Finals MVP Oscar Roberts was huge in the final seconds, grabbing his seventh offensive rebound and converting the game-winning bucket, simultaneously bringing his points tally to 30. Kaiapoi 92-90 the final score-line.